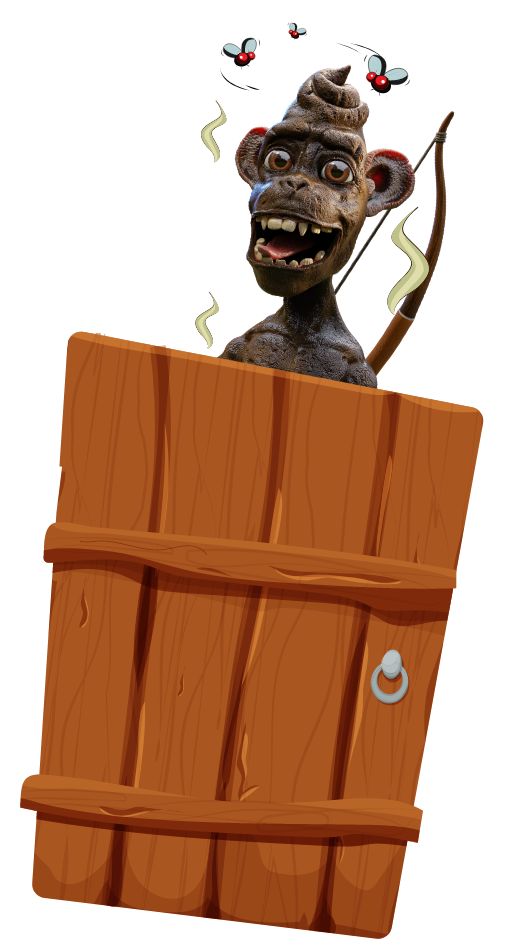 Rise of the ape poo species

The inhabited world was covered in dust and ashes. The once habitable planet was on the brink of destruction and human race ceased to exist in its previously known form. There is no hope, there is no escape. The nuclear explosion killed everything that had existed, lived and moved; still, life found a way to survive. However, it is another form of life. A form of life where Kongs and Apes fight against each other...

Thousands of years after the first ape had left the trees for the ground and learned to shit in a sitting position, the President of the United States of America was faced with the most pressing dilemma of his life: as the election was approaching, his wise advisers took the view that it would be a great decision to establish a World Day for sleeping with eyes open; nevertheless, they finally stated their support for the “day of poo”.

A long consultation was held, then tiredness overcame the President who had not had a wink of sleep for over 30 minutes. But before going to bed, he took a quick detour to the fancy toilet of the White House, and with that move, he flooding the world with a real sea of poo.

As it happened, the President had previously relocated the red button serving to allow the activation of nuclear bombs, to the toilet, and when he dozed off with a mischievous smile on his face, he missed the target and punched the “nuclear button”. So, the war broke out, life as we knew it ceased to exist and everything was covered in shit and filth.

It is 2321 now. The world was rearranged, and though the nuclear catastrophe had destroyed everything, new species were born from the remains of the old world, bizarrely bordered by a deep and seemingly endless sea of poo hundreds of years after the reign of the President. Four continents emerged from the reeking filth: their surface was divided by rocks and caves and they were inhabited by odd creatures. A sky-high baobab was growing in the middle of the new world named PooVerse. The gorillas, more commonly known as Kongs, descended from there after the mushroom cloud resulting from the nuclear explosion had started to disperse slightly. However, much to the surprise of the hairy freaks, they were not alone: other creatures were also born from the poo explosion caused by the President. Beating their chests, the Kongs launched an immediate attack, but the Bored Apes ruling the continents in the past 300 years were tough little chimps and repelled the attempts. 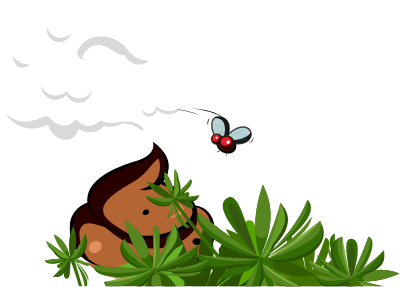 For quite some time, the Kongs were not able to defeat the huge army of Bored Apes loitering around like zombies. As a result, Great Poo War I proved fruitless. Nevertheless, the Kongs did not give up: being sharp enough, they developed an ultimate weapon to grow infected bananas. They placed the bait at the bottom of the baobab and waited for the Bored Apes to eat up the fruits infected with a virus. Due to the radioactive powder, their bodies started to decay gradually: at first, they turned into genetically modified Mutant Apes, then they reached their final shape as Ape Poos. So, the efforts of the filthy Kongs were in vain, willingness ended in poo as life emerged again on the transforming continents.

The Ape Poos established independent communities on the four continents. As each territory was abundant in different raw materials, their development also took differing directions. There were stronger, bigger, dumber communities and ones with special powers. However, the prophecy also foretold that one day 15 creatures would come, the special Legendary Golden Ape Poos, who would unite the groups again and take revenge for their painful sufferings caused by the Kongs.

The biggest Ape Poo community on the northern continent is the group of light brown Genesises. They live in a colony of approximately 7,000 Ape Poos, and as the closest descendants of the last President, they have a special characteristic: they have been awake every single minute of their existence ever since they were born into this world. They are guarding strolling up and down in the desolate land, with a blank expression on their face, fearing that the Kongs will launch another attack. They are real poos: real, huge, gnarled, rotting poos that may not get through the asshole of people living today. They are proud poos that do not have special abilities; even so, their barbarian instincts and large number gave them dominant power in the world of PooVerse. 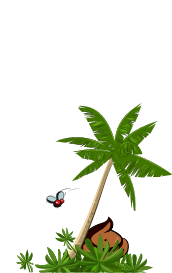 The eastern continent was occupied by the dark brown Geminis with a colony of 2,000 creatures. With their thick and strong teeth, they were able to eat anything, but as there was not much to eat, they started to devour their own butts. They were nibbling and nibbling themselves until they finally ate up their own heads, while in the meantime, they were reborn through pooing. This endless cycle defined their lives.

The western archipelago was conquered by the black Embryos. Their number reached no more than 880 in total which did not deter them from becoming mighty warriors justly feared also by the notorious Kongs of the world of PooVerse. They learnt to fart with their mouth, shoot out extremely powerful destructive smells; however, their yawning may automatically activate this ability, making them potentially dangerous also to their own peers. Although their amorphous heads continued in muscular bodies, they were not the finest creatures of the privileged species in the new world.

The southern, also the smallest continent was populated by the strongest ape poos of PooVerse. With their hideous face, the golden Nostromos are able to scare off even the most enormous Kongs: 60 of them live in one corner of the continent, while the other 60 settled down in a higher part of the mountain areas. Their poo-faces radiate toughness and when they start to shake their heads, they let powerful gusts of wind loose on the world. The prophecy says that one day, in the distant unknown future when the Ape Poo species will join their forces again, it will be the Nostromos that will get the fart bombs gushed out from the mouth of the Embryos on the wings of wind towards the baobab of the Kongs, making the Great Poo War II start.

However, the four species lived far from each other, so no direct relationship developed between the Ape Poos, and though the marching of the Genesises with the largest population could be heard every once in a while at the territory of the Geminises, Embryos and Nostromos, actually they did not know anything about one another. Despite the distance, they all heard about the prophecy: about the 15 brave hero poos, the tough poops that will bring the elimination of the nuclear chaos, enslave the Kongs and perform a merry dance wearing ornamented garments. Even so, there was very little known about the whereabouts of the Legendary Golden Ape Poos. They were mysterious and rare creatures. Some said that they live on an unknown island in the poo sea, while others believed that they set up their base at the roots of the baobab. Yet, one thing was sure: they were courageous, fearless warriors having the power to reunite the split Ape Poo species. 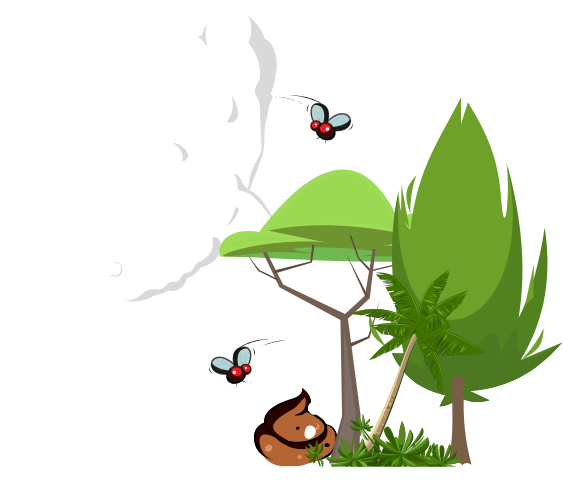 Every now and then strange sounds could be heard from the poo sea, making the PooVerse world stand still. It was common knowledge that sometimes the endless flow of poo took a scary shape and appeared as some kind of God before the Ape Poo species: a wrinkled old man with blank expression on his face materialised from the massive shit, examining the continents with his tired eyes. Being the most intelligent out of the four species, the Nostromos realised that until the Legendary Golden Ape Poos come, they had to build rafts to reach the other continents, crossing the dangerous sea of poo. However, they were also aware that the Kongs were watching the territory, so they had to be vigilant day and night. They were relentlessly working along the coast, then one day they spotted something interesting. They found the roots of the baobab under the ground which finally gave them a chance. A chance to cross to the land of the Embryos, using the valuable substance in the habitat of the Kongs. 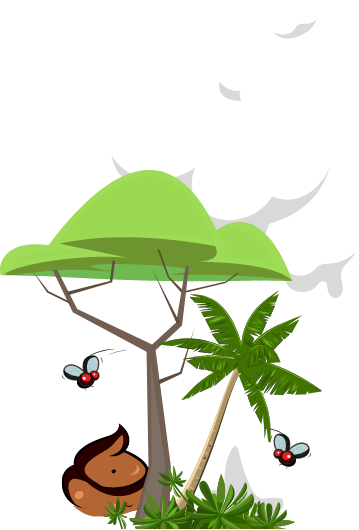 But the Kongs, lying in ambush, are waiting to trap them...